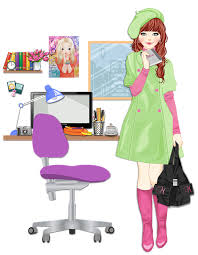 I introduced the series of articles on Research Paradigms by listing all the different paradigms, also called philosophical perspectives, philosophical epochs or, sometimes also called the “isms”. This articles deals with Premodernism.

Premodernism, modernism and postmodernism can be seen as periods of time and as philosophical systems. We will largely discuss and use them as paradigms or philosophies. Premodernism, which was the dominant philosophy approximately until 1650, was based upon revealed knowledge from authoritative sources. It was believed that ultimate truth could be known and the way to this knowledge is through direct revelation. This direct revelation was believed to come from a god with a church as the primary authority source.

Premodernists see the world as a totality with a unified purpose. The human being is seen as part of the whole, which is greater than its parts. Premodernists strive to progress away from historical developments. As part of the whole human beings also share the blame for the mistakes that the collective made through history. The rationale for this is that each individual is personally and collectively responsible to act morally correct. However, there is no distinction between individual and collective responsibility.

Premodernism, postmodernism and modernism as such are philosophical approaches to life and the manner in which people and the world in which they live interact with one another. The researcher will inevitably follow one of the paradigmatic approaches even if not intentionally. More likely, though, you will position your research at a point where elements of different paradigms are found in your approach with an emphasis towards one or two of them.

How to Establish Objectives for Ph.D. Research

ARTICLE 14: How to Write the Second Plus Chapters of your Thesis or Dissertation.

Scientism – where am I missing the point?