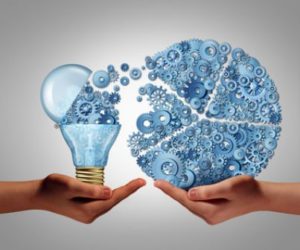 I introduced the series of articles on Research Paradigms by listing all the different paradigms, also called philosophical perspectives, philosophical epochs or, sometimes also called the “isms”. This article deals with Modernism.

Modernism was the dominant philosophy, at least in the Western world, between approximately 1650 and the 1950s. It manifested in a movement from the mythical to the logical. Two new approaches to knowing (the epistemology) became dominant in the modern period. The first was empiricism (knowing through the senses) which gradually evolved into scientific empiricism or modern science with the development of modernist methodology. The second epistemological approach was reason or logic. Often, science and reason were collaboratively or in conjunction with each other.

In a modernist approach reason and science is said to provide an accurate, objective, reliable foundation of knowledge. Science is regarded as the paradigm of all true knowledge. Modernism, thus, celebrates the world of science and the scientific method; the authority of the expert; the singularity of meaning; truth and objectivity. The practice of structuring learning into units of learning (subjects, modules, learning programmes, qualifications on different levels, etc.) is typical of a modernistic approach.

Modernism favours hierarchy, order and centralised control. Even so, attempts are made and supported to predict trends and future events based on reason and information that is independent of the environment. The modernist view of time is linear, with one event happening after the other, with no other purpose than to keep going in a particular direction. Deep rather than superficial information in terms of meaning, value, content are collected and used. Therefore, the description given by modernism of how the world is to be understood supports certainty, order, organisation, prediction, rationality, linearity and progress.

The discovery of empirical facts is sought. With this in mind, reason transcends and exists independently of our existential, historical and cultural contexts. Even so, prior theory plays an important role for the purpose of coming to valid conclusions based on the available information.

Acquired knowledge is regarded as universal and true. It is believed that, because knowledge is universal, reason can help us overcome all conflicts. Furthermore, it is postulated that all cultures will embrace the truth because it is universal. Mass culture, mass consumption and mass marketing forms part of the modernistic system. Even so, modernism is associated with modern societies, developed states and Western nations (as opposed to pre-modern societies). The family is seen as the central unit of social order – it serves as a model of the middle-class.

Language is transparent, meaning that a one-to-one relationship exists between what is written or said and the concept that is investigated.

Reason and human independence and freedom are inherently linked – just laws conform to the dictates of reason, leading to trust in the accuracy of the research findings. Trust, therefore, exists independent of human consciousness and can be known through the application of reason. Reason leads to a progressive movement towards civilisation, democracy, freedom and scientific advancement. All conclusions leading to better understanding develops from trust and is regarded as a means of building a better society.

ARTICLE 6: The Layout and Structure of a Table of Contents for a Ph. D. Research Proposal