The Nature and Elements of Research Paradigms: Behaviourism 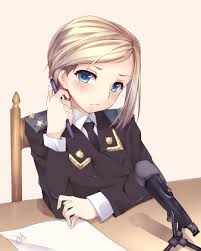 Introduction. There are a multitude of paradigms. Some of them are modifications of classical paradigms that have been slightly changed by academics. Then there are those paradigms that are not research paradigms. They may be educational, philosophical, or theoretical, but not of such a nature that they can logically serve as the foundation for academic research.

Behaviourism. Behaviourism is a set of doctrines that argues that human and animal behaviour can be explained in terms of external stimuli, responses, learned histories and reinforcement.

Behaviourists argue that the human mind cannot be known and, therefore, cannot be shown to have an effect on the individual’s behaviour. All mental states, including beliefs, values, motives and reasons can only be defined in terms of observable behaviour. Any data of a mental kind should be regarded as unscientific. Reinforcement can increase (positive reinforcement) or decrease (negative reinforcement) desired behaviour.

All human behaviour can be understood in terms of cause and effect. Behaviourists, therefore, argue that research should focus on that which is determined by, and is the product of, the environment. This implies that research should focus on observable behaviour which can be objectively measured rather than on things like cognitive processes which can only be inferred.[1] Intentionality and purposiveness are excluded or regarded as less important.

Positivism includes behaviourism, because positivism believes that understanding of human behaviour can be gained through observation and reason.

The problem with behaviourism as a research paradigm is that changes in behaviour without taking cognitive processes into consideration are often only temporary. Consequently it does not deal with subjective human meaning-making.