The Nature and Elements of Research Paradigms: Critical Theory 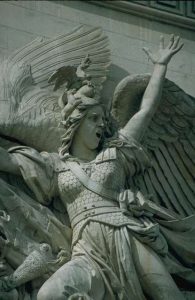 Introduction. I will share 28 different paradigms that I regard as of importance to academic research, starting with behaviourism. Your comments, criticism, additions or endorsements of the articles will be appreciated. This is the fourth paradigm that I am discussing.

The purpose of sharing the articles with you is to also learn. After having done research and written for seven years, my book on qualitative research methodology is more or less ready for publication. However, the field of study is immensely vast and I need to do my utmost not to spread false information. So far I received no comments, feedback or suggestions on my articles. Please let me know if you find any mistakes or room for improvement.

Critical theory. The term ‘critical’ refers to the capacity to inquire ‘against the grain’: to question the conceptual and theoretical bases of knowledge and method, to ask questions that go beyond prevailing assumptions and understandings, and to acknowledge the role of power and social position in phenomena.

Critical theory is prescriptive, explanatory, practical and normative, all at the same time.[1] That is, it explains what is wrong with the current social reality, identifies the actors to change it, and provides both clear norms for criticism and achievable practical goals for social transformation. Its intention is not merely to give an account of society and behaviour but to realise a society that is based on equality and democracy for all the people in the society.

Conflict and inequality are crucial to understanding the dynamics of human relations. Critical theory seeks to uncover the interests at work in particular situations and to interrogate the legitimacy of those interests, identifying the extent to which they are legitimate in the interests of equality and democracy. Its intention is transformative – to transform society and individuals to social democracy. Improving the quality of life, be it in the workplace or social setting therefore focuses on the elimination or reduction of inequality, preferential treatment, and discrimination.

Critical theory identifies the ‘false’ or ‘fragmented’ consciousness that has brought an individual or social group to relative powerlessness or power and it questions the legitimacy of this.[2] It investigates issues of repression, lack of freedom of expression, ideology, participation (or not), representation (or not), inclusion or exclusion and the protection of interests.

Increasingly, the multiple identities of individuals which can be grounds for discrimination, for example race, gender, religion, sexual orientation, skin colour, disability, minority, mean that these kinds of oppression “intersect” in their effect on persons and societies.

Critical theory is any research that challenges those conventional knowledge bases and methodologies whether quantitative or qualitative, that make claim to scientific objectivity. In this respect the purpose of a critical theory paradigm in research is practical, namely to bring about a more just, egalitarian society in which individual and collective freedom are secured. The contribution of critical theory is, therefore, often not just adding to or improving current knowledge or philosophy but also contributing to the physical living quality of people in a particular community, environment or in general.

The main task of critical research is seen as being one of social critique, whereby the restrictive and alienating conditions of the status quo are brought to light. Critical research focuses on the contest, conflict and contradictions in contemporary society, and seeks to be emancipatory, that is, it should help to eliminate the causes of alienation and domination.

Although people can consciously act to change their social and economic circumstances, critical researchers recognise that their ability to do so is constrained by various forms of social, cultural and political domination. Consciousness and identity are formed within the political field of knowledge. Critical theorists argue that the attempt to dispense with values, historical circumstance and political considerations in research cannot be achieved. Efforts to eliminate or reduce inequality and discrimination should focus on managing such values, historical circumstance and political considerations in such a way that people are not discriminated against because of it.

Our understanding of the educational, political, economic or social situation depends on the context within which we encounter them, and our own theoretical knowledge and assumptions influence our observation. These factors create our ideological frames of reference that act as the lenses through which we see the world. Research making use of a critical theory paradigm should therefor take the context and environment in which people find themselves into consideration when seeking for theoretical and physical improvements. It is the task of the critical researcher to disclose the needs and struggles of the people regardless of whether or not they are conscious of them.

In terms of the need to improve knowledge about the damage that inequality and discrimination causes people, critical research attempts to reveal the socio-historical specificity of knowledge and to shed light on how particular knowledge reproduces structural relations of inequality and oppression. Researchers following critical theory methods assume that social reality is historically created and that it is produced and reproduced by people. Every historical period produces particular rules that dictate what counts as scientific fact. Society reproduces inequalities from one generation to the next, called “reproduction theory”.

Researchers using critical theory assert that what counts as valid social science knowledge arises from the critique of the social structure and systems as revealed through the analysis of the discourse in society. The critical researcher lays bare the current discourses in society and analyses them in terms of the system within which they operate with the aim of disclosing the power relationships between the system and its structures so that the oppressive nature of the system can be revealed.

Conflict and inequality are mostly part of research making use of a critical theory paradigm. It is necessary to study conflict and inequality and the resistance that they cause in order to understand the dynamics of human relations. Resistance becomes an important part of the response to injustices towards individuals or groups in a community or society. In this respect critical theory is also “resistance theory”.

An emancipating interest is concerned with the provision of growth and advancement, which generates critical knowledge and is concerned with exposing conditions of constraints and domination. The emancipating interest, furthermore, deals with the human capacity to be self-reflective and self-determining, to act rationally.[3] Technical and emancipatory interests together deal with the epistemology of knowledge.

Proponents of critical theory claim that it is a complex and intricate paradigm which requires years of intensive study to fully understand. They, furthermore, feel that research that deals with the values and emotions of people needs to take affective factors, which are difficult to quantify, into consideration. Then again, a second school of scientists feel that that those who regard critical theory as such a difficult to comprehend paradigm are of the opinion that this is nothing but smugness. Emotions, they believe, can be analysed through numbers, for example by asking multiple-choice questions in a questionnaire.