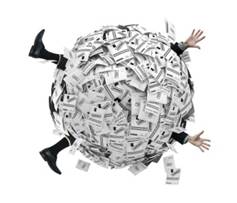 Last week was absolutely hectic with the results that I could not post the next article on research paradigms. I wonder if anybody noticed? You might well wonder what significance research paradigms hold for doing research. The point is, you need to decide in advance with which paradigm (read ‘value system’) you will align the contents, especially your findings, of your dissertation or thesis. It is possible that you might favour elements from different paradigms. However, you need to know this, show it in the first part of your research paper and then consistently do so. Let’s discuss structuralism.

Structuralism is a form of critical research. It focuses on the systems (structures) within society and the power relations within and among the parts (subsystems) as a whole. In formalised structures, one can easily see the hierarchy of positions and levels of power. In utilising structuralism as a research method, the channels of power are laid bare as the researcher critically analyses and maps the relations and interplay among the parts. Structuralism does not emphasise the uniqueness of each of the parts, but rather seeks to reveal how some common aspects of the parts relate those parts to the larger whole. Structuralism posits that no part in a particular system has any significance in and of itself – its identity is defined in terms of its relationship between all the parts of the system.

In social research structures have the characteristic of dealing with transformation of power positions or the maintenance and reproduction thereof in society. As a structure can only sustain itself by perpetuating a continuous sameness of its parts, structures actively strive to preserve their position, thus extending the oppression and power of the system. In other words, positions of power in society give people control over others (e.g. adults over children, managers over workers). It is rather common practice for those in power to be unwilling to relinquish their power to others. That is how injustices are spread, as we in South Africa experience almost every day.

Within this approach education is criticised for its social reproduction function where traditional power relations are maintained and nourished. Any form of discrimination is an example of this. The aim of the structuralist endeavour is to expose these power relations through critique of the system.

According to structuralism, underlying “structures” or “essences” determine the meaning of an event or phenomenon. For example, unchanging structures of grammar underpin all language (linguistics); economic structures or organisation determine social beliefs and behaviours (economics); hidden structures of the unconscious mind control behaviour (psychology; psychoanalysis).

In closing, there are numerous interesting issues in the South African social environment that can and probably should be researched by following a structuralist approach. Examples that come to mind are the lack of political leadership, the #free-education drive, corruption and many more.

ARTICLE 5: How to Structure a Title Page for a Master’s Degree or a Ph. D. Research Report

Learning and Development Ethics: Article 5 of 9