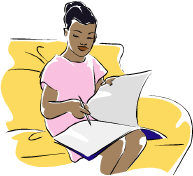 I introduced the series of articles on Research Paradigms by listing all the different paradigms, also called philosophical perspectives, philosophical epochs or, sometimes also called the “isms”. This articles deals with the social constructivism.

Positivism and constructivism are not the same. Both are epistemologies that present a different idea of what constitutes knowledge. However, positivism is a philosophical stance that emphasises that knowledge should be gained through observable and measurable facts, whereas constructivism states that reality is a social construct.

Constructivism implies that reality is constructed through human interaction. Knowledge is a human product and is socially and culturally constructed. Individuals create meaning through their interactions with each other and with the environment in which they live. Social constructivism emphasises the importance of culture and context in the process of knowledge construction and accumulation.

The aim of constructivist research is to understand particular situations or phenomena. Rich data is gathered from which ideas can be formed. The interaction of a number of people is researched, mostly to solve social problems of the target group.

Social constructivism impacts strongly on the way in which people learn. It is, therefore, not a research paradigm in the true sense of the word. Learners add to and reshape their mental models of reality through social collaboration, building new understandings as they actively engage in learning experiences. Scaffolding, i.e. guidance and support, plays an important role in the learning process. Research is, of course, largely a learning process and researchers on any level can use it to gain knowledge and to structure their research.

Book Published: The Concepts and Procedures Governing the Recognition of Prior Learning