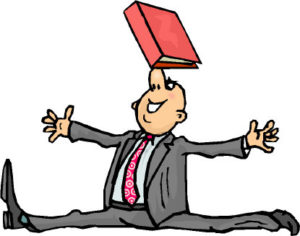 Post-structuralism grew out of, and in response to, the philosophy of structuralism. It is a loose connection of authors and ideas, holding the general view that “structures” are not easily discovered and not discoverable as such. Post-structuralism is closely linked to with the postmodernist paradigm.

Post-structuralism is a critical point of view that questions the validity in structures, such as culture and language. Text as a construction of human beings is therefore fallible and the original meaning of the author cannot be determined. Post-structuralism is applied mainly in the field of languages and linguistics (a relative postmodernism). However, it also has an influence in other disciplines, for example art, culture, history and sociology.

For post-structuralism, disruption is often seen as a having a positive meaning because disruption can lead to renewal and change. The task is to continually “deconstruct” the text, which is a constant stream of interpretations rather than fixed meaning.

Post-structuralism should be adopted with great caution because it is interpreted and, therefore, used in many different ways by different people to support controversial points of view. Post-structuralists (if there is such a thing) can overturn assumptions about purity in morals, about essences in terms of race, gender and backgrounds, about values in art and politics and about truth in law and philosophy.

In closing, post-structuralism is often criticised and rejected because of the underlying structure or text that is slippery and deep; and authorial intentions hard to unravel. It argues about limits, but the limits are not defined or even explained. It presupposes a core, but the core is not defined, let alone explained, making it easy to bend arguments to fit personal preferences or points of view be labelling it post-structural. The end-results of this approach is that no link can be found between the core and the limits and the researcher can actually set her own limits and core without paying much attention to coherence or corroborated truth.