The Nature and Elements of Research Paradigms: Ethnomethodology 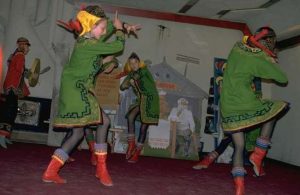 This is the sixth article that I am sharing.

Ethnomethodology. ‘Ethnomethodology’ deals with the world of everyday life. According to ethnomethodologists, theoretical concerns centre on the process by which common sense reality is constructed in everyday face-to-face interaction.

Ethnomethodology deals with issues related to social order by combining experiencing phenomena with sense experience.  It studies the process by which people invoke certain ‘take-for-granted’ rules about behaviour which they interpret in an interactive situation to make it meaningful.

Ethnomethodology does not focus on individuals. Its field is the dynamics of social life. The individual is seen and researched as part of a social unit, for example a community or a group of people who in some way form a coherent unit. Students who study together at a particular university at a certain point in time can be such a coherent unit. Internal processes, emotions, values, beliefs and other psychological phenomena typical of the thought processes of an individual do not form part of ethnomethodology.

A deficiency of ethnomethodology, at least in the opinions of some academics, is that the investigation of everyday life is too narrow and limited to provide valid and generally applicable knowledge about social interaction, and hardly any theories about the wider interaction between human beings.

ARTICLE 9: The Nature and Structure of a Dissertation for a Ph. D. or a Thesis for a Master’s Degree