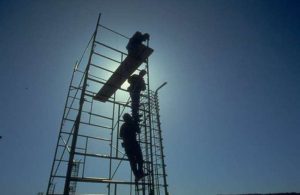 Mentornet fully agree with the draft National Policy and Criteria for the Implementation of RPL (referred to as “the National RPL Policy” in this feedback document). However, the RPL Policies of QA Bodies differ in some rather critical elements from the National RPL Policy. The following should be considered and, perhaps, discussed with them:

In closing, quality assurance bodies currently have in their RPL Policies certain clauses that should specifically be addressed and precluded in the National RPL Policy, for example:

Learning and Development Ethics: Article 2 of 9 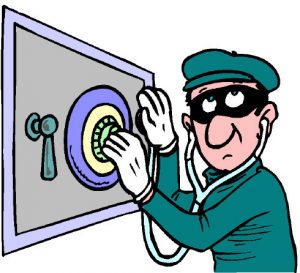 Introduction. I will discuss corruption and the consequences of unethical behaviour in this (second) article on ethics in ETD.

Acting ethically is simply a matter of having vision. Vision means being able to foresee the consequences of your actions. A person with vision will understand that being dishonest will not only damage others but him or her as well. If you manage a learning institution or participate in learning in an unethical manner, you will fail and you run a serious risk of losing everything that you value in life, including your freedom.

There are many (too many) examples of dishonest people who became rather wealthy. In fact, the trend is so familiar that one invariably wonders if someone who is wealthy is not corrupt as well. It is as if honesty and wealth are two opposite poles. Some may say that you can’t possibly become rich if you are a goody boy.

Ultimately your approach to learning is a matter of choice. You may choose to be corrupt and dishonest or you may choose to walk the narrow road with integrity. Corruption might well help you to make a lot of money quickly, but you may also end up with nothing, perhaps even in jail. You need not be dishonest to be rich.

Dishonest people can make it really difficult for you to refuse a bribe. Sometimes they can colour the transaction in such a way that you might not even realise that it is a bribe. On the other hand, some people might pretend not to recognize the transgression. It becomes really difficult not to succumb to temptation when you see that your competitors are doing well while you are struggling to make ends meet. However, there will always be potential clients who respect integrity and quality. They are the most valuable clients because they often support you much longer than the corrupt ones.

The problem with dishonesty is that it robs you of your freedom, regardless of whether you are rich or poor. Dishonesty is not what makes people successful. It may help you land a few good contracts or get good exam marks that you did not deserve, but in the end it often backfires.

Dishonest people are always scared that others will find out the truth. They are always paranoid and they always live their lives waiting for the right time to start over, to be free. Being dishonest means building your own prison. The learner who is dishonest creates expectations with his or her employer that he or she will be able to do certain work after having been trained. You will be terribly embarrassed and might even lose your job if you cannot do the work because you cheated to obtain a certificate.

If you are a risk taker who enjoys the excitement of operating outside the law, then go ahead and enjoy the roller-coaster ride. Accept that your chances of losing your job and perhaps even ending up in jail are much higher than if you work in an honest way.

The important thing to remember about ethics is that in spite of all the codes of ethics and ethics programmes, it is not organizations that make ethical decisions. Individuals make ethical or unethical choices. It is people who put ethics into practice.