The Nature and Elements of Research Paradigms: Constructivism 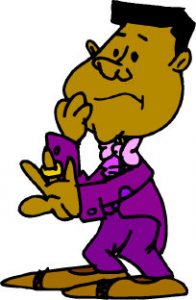 Introduction. There are a multitude of paradigms. Some of them are modifications of classical paradigms that have been slightly changed by academics. Then there are those paradigms that are not research paradigms. They may be educational, philosophical, or theoretical, but not of such a nature that they can logically serve as the foundation for academic research.

I will discuss 28 different paradigms that I regard as of importance to academic research, starting with behaviourism. Your comments, criticism, additions or endorsements of the articles will be appreciated. This is the second paradigm that I am discussing.

“Constructivism is the recognition that reality is a product of human intelligence interacting with experience in the real world.”

Constructivism is mostly used with grounded theory methodology.[3] Human interests are important for research purposes, with the result that the paradigm can also be used with a number of other research methods, for example action research, case study research, ethnography, etc. A multitude of data collecting methods can be used, for example interviews, participant observation, artefacts, and almost any documents that are relevant to the field of study.[4]

The aim of such research is to understand particular situations or phenomena. Rich data is gathered from which ideas can be formed. It involves a researcher collaborating with participants. The interaction of a number of people is researched in their context or setting, mostly to solve social problems of the target group. The accuracy of research findings is validated and creates an agenda for change or reform. This is a rather well-known sequence of events that is followed in most qualitative research methodology.

Constructivism is also closely associated with pragmatism, relativism, liberalism, interpretivism, symbolic interactionism and positivism. For example, like positivism, constructivism also uses observation to gather information. Different from positivism, which argues that knowledge is generated in a scientific method, i.e. externally, you, as the researcher, are part of what is being observed, i.e. internally. This is called an ‘emic’ approach, which means observing the community, also called the target group, from the inside. An ‘etic’ approach would mean to observe the target group from the outside, as in the case of positivism.

Although some academics claim that constructivism can be positively associated with behaviourism, this is a rather weak and unconvincing link because of the absence of reflection in the case of behaviourism. This, however, is also questionable because “learned history” without reflection does not make sense. Constructivism also rejects scientism and empiricism for much the same reason, i.e. lack of reflection.

Constructivism is rather widely criticised in terms of its value, or lack of value in education as well as its lack of balance when used as a philosophy in research. In education it can lead to group thinking when the interpretation of one or a few prominent educators or scientists is regarded as “the only truth”.

Different academics link constructivism to a multitude of different other paradigms, research methods and realities, thereby robbing it of its identity as a valid research paradigm.

Creating a Draft for a Ph.D. Research Report

Looking at the truth from different angles – Paradigmatic approaches