All is not lost for private ETD providers with integrity 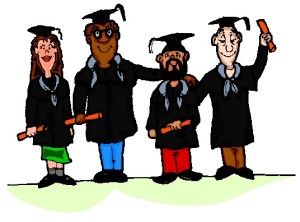 Yes, we are living in interesting times and the world economy is in serious trouble. Private ETD providers are struggling. It is alleged that corruption in government on all levels has finally caught up with those who are involved; government is rerouting National Skills Funds, which is supposed to be used for occupational learning and job creation, to universities; government is said to have instructed their departments and parastatals not to give contracts to any business who are not at least 80% black owned, regardless of their BB BEE status; quality assurance bodies still do not perform as required, etc.

Ironically corruption is escalating because many private ETD providers seem to think that they will survive through bribery. Some government officials are capitalising on this new opportunity to earn lots of money easily and fast. Only last month a senior government official visited me. She told me that she had Rm1.7 left in her skills development budget. She had to spend it before the end of the financial year and she would like me to submit a tender for the training. I’ve had many such offers over the years and I know how they work. They will not ask you for a bribe directly, but if you don’t offer some kind of “finder’s fee” you will not hear from them again. They make the same offer to a number of providers and the one who offers the bribe gets the contract. Needless to say, I never heard from her again.

All government officials are not corrupt. The other day at a church function (nogal) a man asked me what I do for a living. I told him that I own a private training company. He then asked me if I do business with government. I replied that most of our clients are government departments. He responded by insinuating that my business (read I) must be corrupt if I do business with government. I did not even try to convince him that many government officials are still honest and concerned about quality. End of discussion.

Fortunately there are still people in government who are honest and who care about quality. Yes, we also lost some clients. Ironically some of those who expect a bribe come back accepting that we will not pay them a bribe. They still want quality training. Then there are those, and they have been our clients for many years, who do not even think in terms of a bribe. They use our services because they know that they will receive quality.

One SETA, who some years ago decided not to give us any further learnership contracts because we are not sufficiently back owned, even though we have a level 4 BB BEE rating, gave the contracts to black owned providers, some of them not even accredited, on condition that we help them.

An interesting result of this is that the status of our certificates increased substantially. We even get learners who ask if they can swop their certificates, issued by other learning providers, for Mentornet certificates. Of course we don’t do this, but it is good to know that our certificates are valued.

One gets to know people in government, especially quality assurance bodies, D HET and SAQA, who have lots of integrity. They respect us and we respect them. Birds of a feather, you know… I wish I could mention a few names, but with things being as they are one can well set them up as targets for those who work in the dark.

In closing, this year is already a difficult one. All businesses, including private ETD providers, will need to be really creative if they are to survive. Perhaps those who join the corrupt might perform well, but they might also end up in jail. And once you start being dishonest there is no turning back. If you still feel that you can only survive by being corrupt, then go ahead. The choice is yours.

Requirements for Quality Assurance in Education, Training and Development

ARTICLE 21: Consulting Sources of Information for Your Ph. D. or Masters Degree Research.