The Nature and Elements of Research Paradigms: Interpretivism 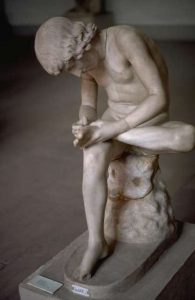 Introduction. I am hoping to share my research on 28 different paradigms that I regard as of importance to academic research. The purpose of sharing the articles with you is to also learn. After having done research and written for seven years, my book on qualitative research methodology is more or less ready for publication. However, the field of study is immensely vast and I need to do my utmost not to spread inaccurate information. So far I received no comments, feedback or suggestions on my articles. Please let me know if you find any mistakes or room for improvement. This time I am especially interested in the difference between hermeneutics and interpretivism.

This is the tenth article that I am sharing.

Interpretivism. Often also called ‘anti-positivism’ or ‘naturalistic inquiry’, interpretivism is a softer and more subjective way than hermeneutics in which to interpret data.

According to intepretivists, precise, systematic and theoretical answers to complex human problems do not exist. Every cultural and historical situation is different and unique and requires analysis of the uniquely defined, particular contexts in which it is embedded. Because of the specific social, political, economic and cultural experiences underpinning each study, the findings cannot be generalised; they do, however, provide greater clarity on how people make meaning of phenomena in a specific context, thus aiding greater understanding of the human condition.

Interpretivism is of the opinion that human life can only be understood from within. Human activities cannot be observed from some external reality. Reality is multi-layered and complex and a single phenomenon can have multiple interpretations. Interpretivism therefore focuses on people’s subjective experiences, on how people “construct” the social world by sharing meanings, and how they interact with or relate to each other. Social reality is viewed and interpreted by the individual according to the ideological positions that she or he holds. Therefore, knowledge is personally experienced rather than acquired from or imposed from outside.

In interpretivism social life is regarded as a distinctively human product. Interpretivists assume that reality is not objectively determined, but is socially constructed in terms of language, consciousness and shared meanings. The underlying assumption is that by placing people in their social contexts, there is a greater opportunity to understand the perceptions they have of their own activities. The uniqueness of a particular situation is important to understand and it generally attempts to understand phenomena through the meanings that people assign to them.

Human behaviour is believed to be affected by knowledge of the social world. Interpretivism proposes that the realities of phenomena can differ across time and space. As our knowledge of the social world and the realities being constructed increase, it enriches our theoretical and conceptual framework. There is, thus, a two-way relationship between theory and research. Social theory informs our understanding of issues which, in turn, assists us in making research decisions and making sense of the world.

The experience of doing research and its findings also influence our theorising. Inevitably, as theory will be abstract, it gives a partial account of the multifaceted social world. Such a theory allows researchers to link the abstract with the concrete, the theoretical and the empirical.

For interpretivists the social world depends on human knowledge. They believe that our own understanding of phenomena constantly influences us in terms of the types of questions we ask and in the way we conduct our research. Our knowledge and understanding are always limited to the things to which we have been exposed, our own unique experiences and the meanings we have imparted. As we proceed through the research process, our humanness and knowledge inform us and often direct us.

Often subtleties, such as intuition, values, beliefs or prior knowledge influence our understanding of the phenomena under investigation. Therefore, to conceive the world as external and independent from our own knowledge and understanding is to ignore the subjectivity of our own endeavours.

Interpretivism pays attention to and values what people say, do and feel, and how they make meaning of the phenomena being researched. Interpretivism foregrounds the meaning that individuals or communities assign to their experiences. Patterns, trends and themes should therefore emerge from the research process, and your role should be to understand real-life situations from the point of view of the insider (the members of the target group for the research).

A concept in especially qualitative research that shares a number of perspectives with the interpretive paradigm, is the notion of praxis. Some regard praxis as a separate paradigm while others regard it as a research method. Praxis means acting upon the conditions that you face in order to change them. It deals with the disciplines and activities predominant in the ethical and political lives of people.

Interpretivism has its roots in hermeneutics, which, as you already know, is the study of the theory and practice of interpretation. In hermeneutics the text is the expression of the thoughts of its author, and interpreters must attempt to put themselves within the perception or thinking pattern of the author in order to reconstruct the intended meaning of the text.

Interpretivism relates to the constructivist epistemology. This perspective holds that individuals, in their reasoning, do not have access to the real world, suggesting that their knowledge of the perceived world is meaningful in its own terms and can be understood through careful use of interpretivist procedures.

The social context, conventions, norms and standards of the particular person or community are crucial elements in assessing and understanding human behaviour (the truth is relevant and subject to these subjective elements); therefore are the same as for hermeneutics, phenomenology, radicalism, ethnomethodology and symbolic interactionism. All these paradigms pay attention to human interaction with phenomena in their daily lives, and suggest qualitative rather than quantitative approaches for the study of human activities and relationships.

Even though both support social science, intepretivism opposes positivism because of its leaning towards physical science.

Because of its acceptance of such a large variety of rather subjective and intuitive sources of knowledge and meaning, some researches feel that interpretivism is largely based on assumptions rather than accurate and authentic data, with the result that conclusions and findings based on it will lack scientific consistency.